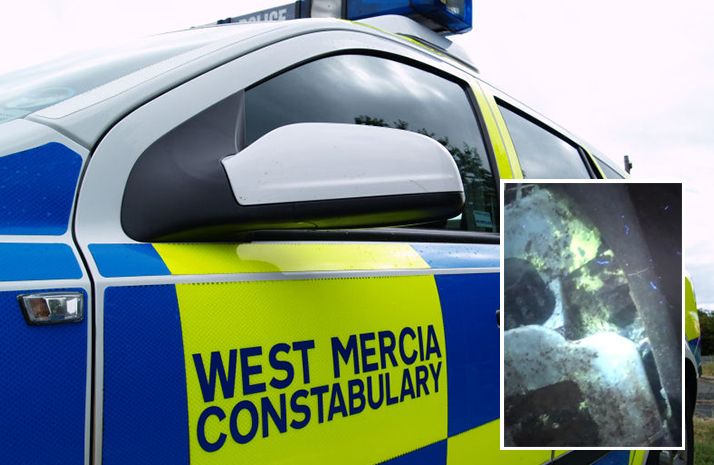 The investigation led to a 26-year old man arrested on suspicion of burglary.

The LPPT were on patrol when they spotted the bikes they suspected could be stolen. Officers stopped and spoke to the owners, who had bought the bikes in good faith, however, further enquiries identified the bikes had been stolen in separate burglaries, one in Shifnal and one in Craven Arms.

West Mercia Police’s Local Policing Priority Team arrived at an address in Sutton Maddock which was subjected to a search by a team of officers.

During a search of the address suspected stolen property was recovered, including a chainsaw marked with forensic property marking technology SmartWater. Officers will now be able to use the SmartWater to identify who the property belongs to.

SmartWater packs have been issued to communities across the county, to allow users to forensically mark their belongings so that they can be identified if they are stolen. The liquid is invisible to the naked eye, but glows yellow-green under UV light, which is how it is detected by Police. Each liquid contains a unique forensic code which can be irrefutably linked back to the original owner.

Chief Superintendent Tom Harding said: “This is absolutely fantastic work between Shifnal SNT and the LPPT to investigate and recover stolen property that has led to the arrest of an individual for burglary.

“The area we cover has relatively low levels of crime but crimes such as burglary can have a significant impact on our local communities, and while I’m pleased to say we have seen reductions in burglary that doesn’t mean we are complacent and it is a crime that continues to be a priority for us.

“Right across Shropshire there are We Don’t Buy Crime towns and villages where, thanks to support from our Police and Crime Commissioner and local towns and parish councils, we have been able to provide whole communities with a SmartWater property marking kit. The initiative not only sends out a strong message to criminals that crime prevention measures have been taken which will ultimately increase their chance of getting caught but it also means when we do recover property, if it has been marked and registered we can return it to the rightful owner.”