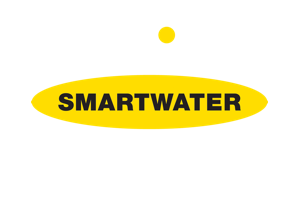 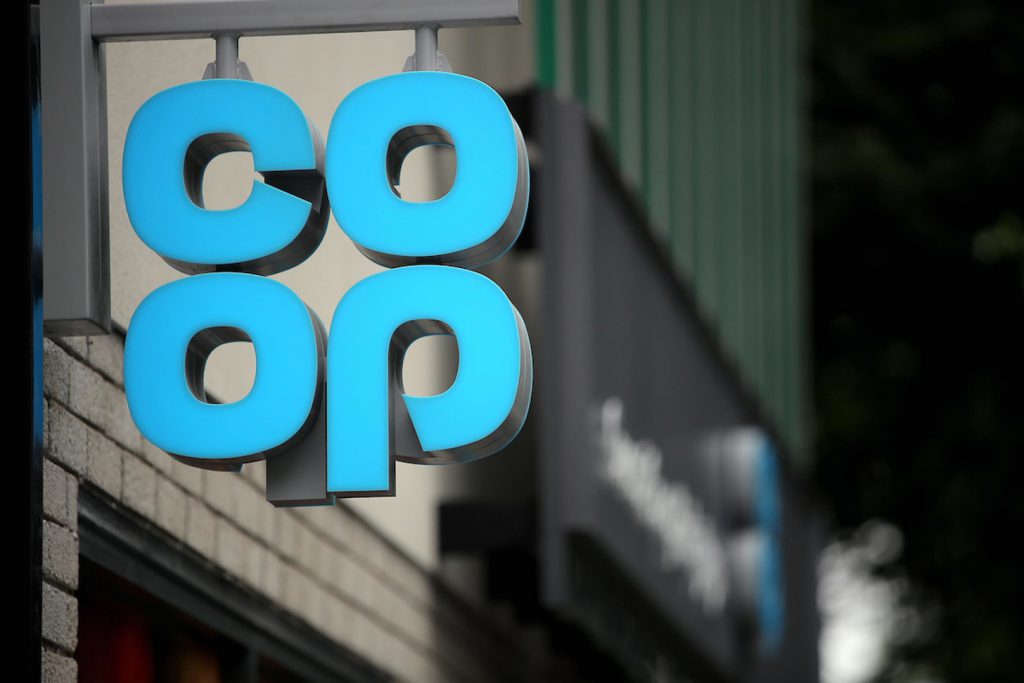 RETAILERS ON THE RECEIVING END

In the last few years, the media has highlighted an alarming and growing trend in gas attacks on ATMs – where a degree of explosive force is applied to the ATM to gain access to the cash stored within.  Due to the indiscriminate and crude destructive nature of these attacks, it is often the retailer, not the ATM operator, that suffers the consequences of these heinous crimes.  This was just so, in the case of UK retailer Co-op, who were experiencing a proliferation in ATM gas attacks across their estate – impacting them in the following ways:
As a result, Co-op placed increasing amounts of pressure on ATM operator, Cardtronics, to source a security solution that would turn the tide on ATM thieves and bring an end to the prolific attacks on ATMs installed in Co-op stores across the country.

This request represented an interesting challenge to the SmartWater team, in that existing dispersal technologies had to be adapted to ensure that both the criminals and the stolen cash were forensically marked, regardless of how an ATM was attacked – whether that be the immense explosive force of gas attacks, cutting attacks, Black Box attacks or Drag Out attacks using heavy plant.

Once the new product was devised and tested, SmartWater’s team of police-trained Crime & Intelligence analysts mapped and analysed data shared by Cardtronics to identify a crime hotspot area that would be suitable for an initial trial of the technology.

Soon after, specially-adapted SmartWater systems were installed at hundreds of cash dispensers located at Co-op stores across the South-West England and Wales, giving each ATM, a unique forensic signature. This represented a significant threat to ATM thieves, as the risk of being tracked and traced by Police following a theft, and thus convicted, was greatly heightened. An array of overt deterrent messaging was implemented alongside this to further reinforce this powerful message. 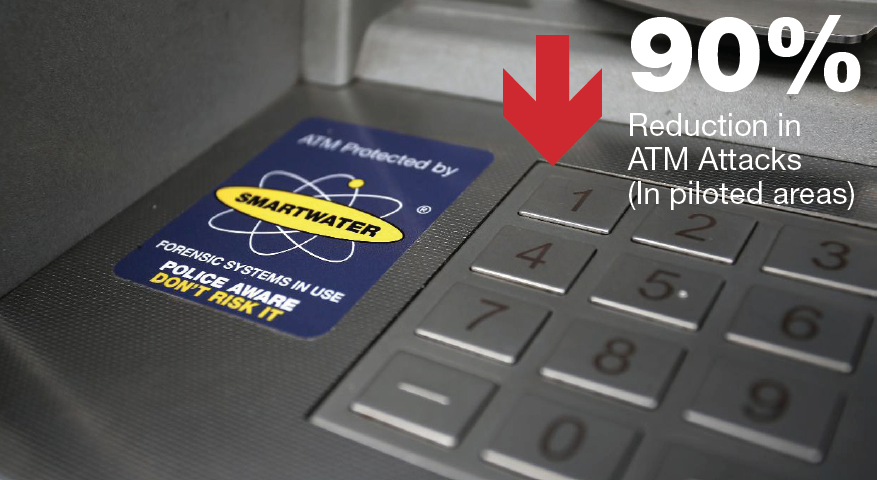 Upon conclusion of the trial, SmartWater had achieved an unprecedented 90% reduction in ATM crime across the deployed areas.

As a result, the programme has now beien rolled out to over 2,500 Co-op stores nationwide.

“The Metropolitan Police Service is in formal partnership with SmartWater, with the MetTrace initiative aimed at reducing household burglary in Greater London. As a result, all custody areas have suitable detectors fitted, with all prisoners routinely scanned and hundreds of patrol staff have been both equipped and trained to detect it. We welcome any crime prevention initiative such as this that can benefit from our ongoing work with SmartWater and criminals contemplating attacks on Co-op ATM’s should take note”.

“ATM crime impacts customers and communities – it can also have a disproportionate impact on rural Police force areas where cash dispensers are more of a lifeline for residents and the local economy. At the forefront of combating ATM crime this proven technology utilises the latest ATM security capabilities and innovations to cut crime, providing a safer and secure way to deliver a key and convenient service in local communities.”

“SaferCash and the BSIA fully supports this initiative, using proven technology from SmartWater will no doubt lead to an increase in prosecutions against offenders. It forms part of the partnership approach and effective interventions which are cracking down on criminal activity and increasing the likelihood of capture and conviction.”